Month of Kirby was suggested in Johnny's review of Pokemon Gold & Silver by Ted. Johnny stated that the Kirby series didn't deserve a "Month of" so he fought Ted in a Pokemon battle. Despite this, many of Johnny's fans have since requested a Month of Kirby and Johnny stated he might do one at some point.

This article is unfinished or incomplete. You can help Month of Kirby by adding to this article. 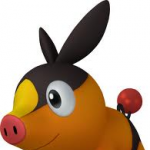